Help and diagnosis for technical issues

Time for a little PC upgrading, to keep up with the Joneses (okay, Beerbuzzes). I can't afford a wholesale overhaul, but I can likely swing a new CPU, which wouldn't require new motherboard and RAM.

Fortunately, my specs aren't too bad: So the question is, for those of you who are AMD literate, what CPU makes the most sense for gaming, given the limitations of being restricted to an AM3+ CPU socket?

There's conflicting info online re: the usefulness of multiple cores. Some advocate the more cores the merrier. Others say for gaming anything beyond 2- or 4-cores is irrelevant since most games aren't supporting multithreading beyond dual core.
Which means one camp says get the most cores and most speed you can, which sounds like the FX-8350 8-core Black Edition at 4.0 GHz seems like the sweet spot between $$ and speed.
But the non-multi-core camp says I could get a 4-core like the Vishera 4350 at 4.3 GHz for much less. Fewer cores, but more clock speed.

Anyone knowledgeable have an opinion? (And yes, Daddy-O and Raven, I'm looking at the two of you.)

Thanks for any illumination down this dark tunnel of upgrading.
—Grit

Have two machines all self built, AMD3+: our server you're running DCS and TS3 on and my personal client, game PC - called 'Monster'.
None of it is nasa-level stuff. Its mid range stuff by now.

Heres the mobo I have:
https://www.asus.com/Motherboards/SABERTOOTH_990FX/

This is a amd3+ cpu. I like it quite a bit. You're right its an outstanding combo between cores and speed. I even overclocked it for a while, but frankly its not worth the trouble doing that 4gh more than covers DCS needs. For DCS its down to GPU and memory really. Put in 32gb ram, and a 4+gb graphics card and you'll be pretty happy with DCS at least. As opposed to IL2 which was CPU bound, DCS is gpu hungry! With this base setup, then only your graphics card and $ for that will really be the only thing holding you back.

My whole rig is self built - including the case. Right now my only limiting piece is the gpu, i ran out of money on that!

PS, if you want a cooler recommendation, i have a great one of those too, and believe it or not, its old school, air cooled! Like the p-47! After failing on one liquid cooler and almost frying the chip listed above, i got a better one. I can shoot you the specs on a great air cooled model for you as well. it runs cool and great! Believe it or not, for this price, this fan is fantastic! Runs my cpus at 16C, idling, and not above 45C ever. Even blasting DCS!

pps- re: the multi-core issue. Yes, its mostly true. DCS for instance, mostly uses, one core, plus relies very heavily on the GPU and GPU memory, then when GPU memory is exhausted, it spills the extra graphics memory over onto normal RAM. So... if you can get more than 16gb ram, and a better GPU card, DCS will like that better. I found a boost once i got this setup and 32gb ram. I found my setup above, is pretty good, i can't max out DCS, but i can run it at 60fps continuously with moderate graphics and great water effects.

I've said it before, I'll say it again: DaddyO is AWESOME.

Okay, so I've read your fabulously lengthy reply, which brought much enlightenment but also spawned more Qs (of course

I'm on a budget, for sure, otherwise I wouldn't be trying to bootstrap this thing.

My motherboard's maxed out at 16GB, and unless I'm hopelessly hosed here by 16GB I don't intend to swap it. My thinking is if I get a new mobo I should get something AM4 so there's more longevity. But hoping to avoid $$ for mobo, which probably cascades into more memory, and $$$$.

So hoping to milk this rig for another couple years for the $200 cost of new CPU.

If stock cooling is really sub-par at stock clock speeds, PC Gamer (formerly Maximum PC, which I once subscribed to and eagerly devoured when I was almost knowledge-current re: PCs) likes the Cooler Master Hyper 212 Evo, which looks like a single-fan (and less bulky) version of your Cooler Master Hyper 212X: https://www.pcgamer.com/cooler-masters- ... rice-ever/
And NewEgg has it for $35: https://www.newegg.com/cooler-master-hy ... 6835103099

Would like to avoid liquid cooling. Noise isn't an issue since this rig is just for games and not powered up all day. And I game wearing these, which effectively strip out fan noise 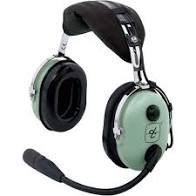 Where I fall down is trying to figure out the real-world differences between the variously numbered processors—Black Edition this, Vishera that (what is Vishera, anyhow? Sounds like a mythic realm of horned helmets and endless mead).

My GPU: https://www.asus.com/us/Graphics-Cards/ ... X1070-O8G/
Which I believe is bottlenecked by the PCIe 2.0 slot. But since I'm only running 1080p I think that buys me a fair amount of fps since there are fewer pixels to manipulate.

Any advice, re: which of these two CPUs? Or if there's an alternate in about the same price range?
I'm not averse to reconditioned or used, so long as there's a safe/reasonable return policy. I've had good luck going that route so far (it'll bite me eventually, but for now I'm still okay with it).

And thank you, Fearless Leader. Your knowledge—and helpfulness—make you an RAF legend. And my hero.

...and I'll admit, to my embarrassment and dismay, that I somehow replied to this as if it came from Raven when it was, in fact, RAF Supreme Commander DaddyO. I have fixed my reply, and will now go clean latrines with my toothbrush.

...and I did the math and some more Googling.

Black Edition means overclocking is unlocked. Not relevant for Grit, he's not an overclocker.

Vishera is the name of the architecture, they all have it whether it's in the name or not (I still hold that my vision of Vishera being a viking bar is way better).

Thank you for the help DaddyO!

S! Grit,
Good luck on your trip to Valhala, or Vishnu, or Vishera... LOL
Either place you're going, I hope you git thar in style! LOL

And thanks back at ya, I didn't know about the factoids you've uncovered!

Awesome, the new CPU should do well. Keep a weather-eye on temps. I also can recommend a good temp monitor if you need one.

Good luck, let me know how the build out goes. I've built out 3-4 custom rigs from scratch.
Oh - DON"T FORGET THE CPU PASTE! VERY IMPORTANT! You can't mount your new chip and fan without that, so order that as well. It can be hard to find in stores!

Also, be very careful when you drop the new chip into the socket, they only go in one way, and should drip in cleanly. (no forcies) Read the instructions and go very lightly. If any mis-hap is going to happen it'll likely be a bent lead on the chip and DOH!

LOL - let me know about how it feels that very first time you power up after the new build...LOL, its kinda a seat-check moment. Always makes ya triple check and sweat. LOL
S!
DDO
RAF_DaddyO
RAF662 CFSG C-in-C

Should be good here. With the sole exception of my current rig, which was generously provided by Typhoon/Chris, all my PCs were scratch-built (although this will be my first AMD-flavored adventure, having been exclusively Intel until this gifted computer). I'm just not up to speed on current state of technology—or wasn't as much before this week's research.

Thermal paste already on hand from previous build activity. Right now putting faith in the Wraith Cooler bundled with the chip. If that's an issue I'll upgrade, but I suspect I'm not gonna tax this thing overmuch, and AMD wouldn't bundle this thing if it wasn't up to the task. Hopefully.

Anyhow, a good learning opportunity. And thank you for contributing to that learning.

This one's for DaddyO:

You said you could recommend a good temperature monitor. Would that be a hardware or software solution?

Being a numbers guy who likes to quantify things, that might be academically interesting.

Its a Software monitor. Runs in the background in the tray. It will monitor temps on all 8 cpus, plus record max/min/avg, and send alarms and shutdowns if temps exceed a threshold you set.

A while back when I had liquid cooling on the 'monster' we were talking about, and had it overclocked, the machine used to just shut down randomly. After installing this and tracking temps i figured out it was overheating under load. Luckily it was shutting down to protect itself. I found out soon later that the liquid cooler pump was going bad, and thus the over heating.

This app helped me monitor this and when I got my new fans under load, it plus a couple extra shots of bourbon helped me to get that good old warm fuzzy feeling back again!

CPU arrived, with cooler, and both look super clean and in good shape.

Installed (with thermal paste), powered up and...nothing. The fan spins with pretty lights, but the PC doesn't beep and the front-panel LED won't illuminate. So CPU and motherboard not working or playing well with each other.

Sadness. Back to the drawing board.

Users browsing this forum: No registered users and 1 guest